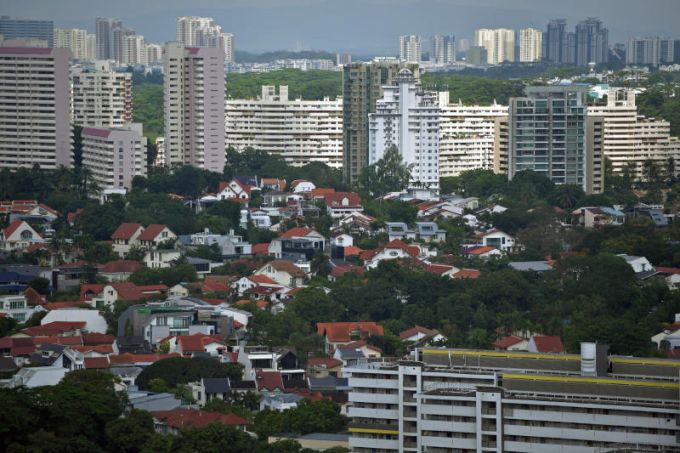 NINE out of 10 senior executives in real estate companies in Singapore have flagged rising inflation and interest rates as the top potential risk factor which may adversely impact market sentiment in the next half year, poll findings showed.

This overtook rising construction costs, which had previously topped the list throughout the first 3 quarters of 2021 in the quarterly questionnaire by the National University of Singapore Real Estate (NUS+RE). In the Q4 2021 edition of the Real Estate Sentiment Index (RESI), about 73.3 per cent of the respondents identified the rising costs as a key risk, down from 93 per cent in Q3.

Next on the list was the tightening of financing and liquidity in debt markets, which 65.8 per cent of the executives selected, up from 32.6 per cent in the previous quarter’s survey.

Meanwhile, the proportion of respondents who indicated “government intervention to cool the market” as a potential risk fell the most to 39.5 per cent from the previous 62.8 per cent.

The RESI study’s composite sentiment index, a derived indicator for overall real estate market sentiment, also fell for the third straight quarter to 5.4 in Q4. This is down from 6.6 in Q3, 6.7 in Q2, and 6.8 in Q1.

Sing Tien Foo, director of the NUS Institute of Real Estate and Urban Studies (IREUS), said: “The declines in the sentiment indices were mainly triggered by the government’s new cooling measures introduced in December 2021. The prime residential sector was the most adversely affected in the Q4 2021 sentiment survey.”

NUS+RE stated that despite the decline, the index stayed above 5, indicating that overall sentiments on the current and future conditions remained positive.

About 6 in 10 of the real estate executives also expected unit prices of new launches in the next 6 months to be moderately or substantially higher, while 35 per cent expected prices to remain the same.

IREUS deputy director Lee Nai Jia noted: “A confluence of factors – including the recovering economy, diminishing supply arising from delayed project launches and the perception of property as a resilient asset class – has created robust demand from upgraders and first-time homebuyers.”

Dr Lee pointed out that most respondents kept a cautiously optimistic outlook on the private residential market despite the cooling measures and rising inflation.

NUS+RE collectively represents the Department of Real Estate and IREUS.