No new lease for Keppel Club; other clubs get leases through to 2030 and 2040 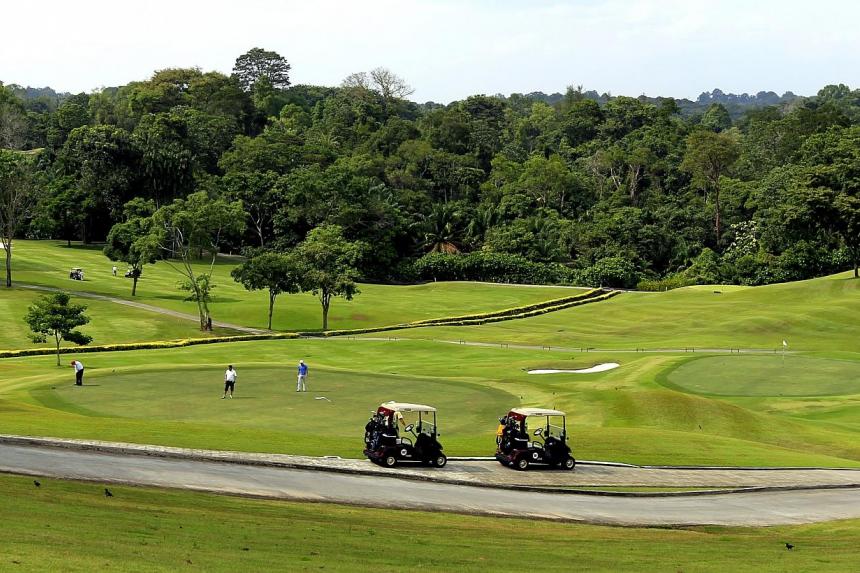 Keppel Club will be the first private golf club in Singapore not to get its lease renewed when it runs out in 2021.

Keppel Club will be the first private golf club in Singapore not to get its lease renewed when it runs out in 2021.

The 44 hectares of land Keppel Club occupies is needed for housing development, said the Ministry of Law (MinLaw) on Sunday.

MinLaw said in a statement that seven other clubs, whose leases run out in less than a decade, will be offered lease extensions. The new leases will run through till 2030, 2035 or 2040.

In the case of SICC, it will be offered a new lease for three of its four 18-hole courses. The fourth one will be run as a public course when the lease of Marina Bay Golf Course expires in 2024.

Orchid Country Club, for example, will get its lease extended by seven years till 2030. Thereafter, it will not be offered a new lease as the 107ha site makes way for housing needs.

The announcement puts an end to months of speculation that started early last year when the Government indicated that some golf club land might be taken back for other uses.

In its statement, MinLaw noted that golfing is enjoyed by many Singaporeans and the presence of golfing facilities adds to the city’s attractiveness as a business hub.

“However, golfing and golf clubs are land intensive and there is a need to balance the competing demands for land,” it said.

“As a result, the amount of land used for golfing will have to be reduced over time and the sites reallocated for uses such as housing and public infrastructure.”

The two clubs that will be first hit by this announcement are Tanah Merah Country Club and the National Service Resort & Country Club (NSRCC) in Changi.

The Government will acquire 10ha of Tanah Merah’s Garden Course before the end of the year for Changi Airport’s expansion plans. This makes up six holes of the 18-hole course, three tennis courts and two storage sheds.

Lease extension for its Garden Course will be offered through to 2035, while that of its Tampines course will be allowed to run till 2040.

But NSRCC in Changi will lose one of it’s three nine-hole courses and its executive course, when its short term temporary occupation license runs out in August this year.

Its remaining two courses will be offered lease extensions through to 2040. 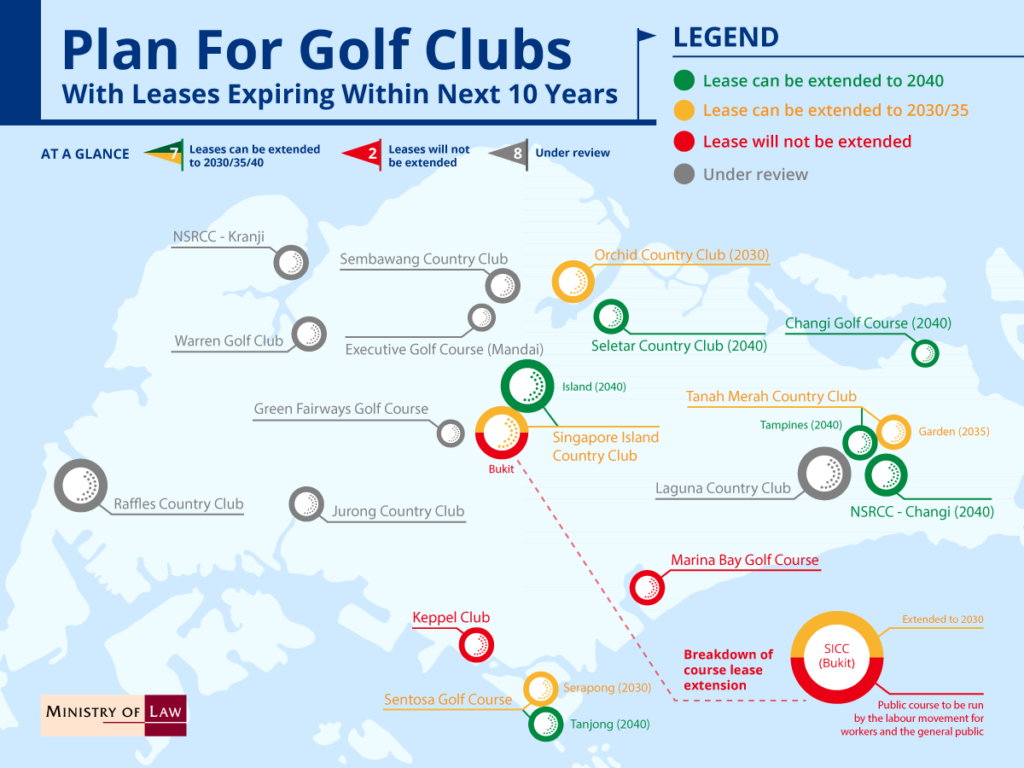