Next phases of Cross Island Line may have 11 stations 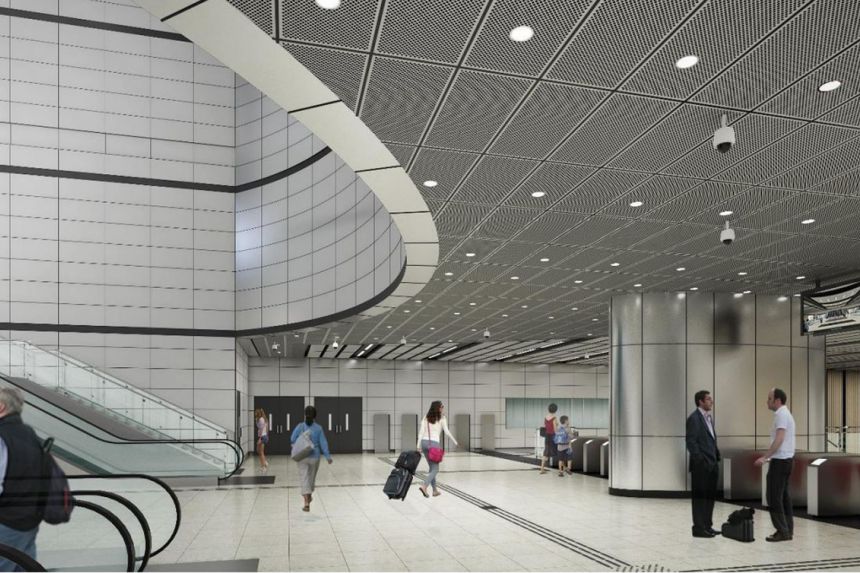 SINGAPORE – The next two phases of the Cross Island Line (CRL) could include 11 new stations serving Bukit Timah, Clementi and West Coast before terminating in Tuas.

Tentative plans for the western leg also indicate that four of the proposed stations are slated to be interchanges that will link to existing or upcoming rail lines.

The four interchanges are expected to be in King Albert Park, Clementi, Jurong Pier and Gul Circle, according to an MRT system map that the Land Transport Authority (LTA) recently put up online as part of a virtual exhibition.

As at Monday (Dec 6), the virtual exhibition is no longer accessible and the system map has been taken down.

The map, which showed a proposed alignment for phases two and three of the CRL, did not name the remaining seven stations on the western leg of the rail line.

In response to The Straits Times’ queries, LTA said the station alignments for the remaining two phases of the CRL as shown in MRT system map are “conceptual alignments” that have not been finalised.

The interchange stations shown are also indicative in nature and subject to detailed engineering studies that take into account localised factors such as land availability and ground conditions, LTA added.

Based on the map seen by The Straits Times, the western leg of the 50km CRL starts from Bright Hill station in Sin Ming and appears to connect with King Albert Park station on the Downtown Line, Clementi station on the East-West line and Jurong Pier station on the upcoming Jurong Region Line.

The line eventually terminates at Gul Circle, reconnecting with the East-West Line.

According to the map, there will also be a new terminus station on the eastern leg of the CRL. Likely to be located at the future Changi Airport Terminal 5, it appears to be an interchange that will link to a future extension of the Thomson-East Coast Line.

Construction has already begun on the CRL’s first phase, which comprises 12 stations from Aviation Park to Bright Hill.

The 29km stretch will serve residential and industrial areas, including in Loyang, Tampines, Pasir Ris, Defu and Serangoon North.

A segment of the CRL will also extend from Pasir Ris to Punggol.

Announced last year, the four-station extension will benefit more than 40,000 households when operational in 2032.

National University of Singapore transport infrastructure expert Raymond Ong said the western leg of the CRL will make the rail system more resilient as the proposed alignment will provide an alternative for commuters who use the western section of the East-West Line and the Circle Line.

There are currently no rail lines that run parallel to those sections, Associate Professor Ong noted. The CRL will also help to slash travel time between western Singapore and places such as Ang Mo Kio, Hougang and Sengkang by providing more direct connections, he said.

No dates have been given for when phases two and three will be built or opened.

Before finalising the alignment and the locations of the future stations, the authorities would need to check if there is space to accommodate the necessary infrastructure, Prof Ong said.

They will also need to consider if there will be sufficient demand and this has to coincide with the longer-term plan for the area around the station, he said. 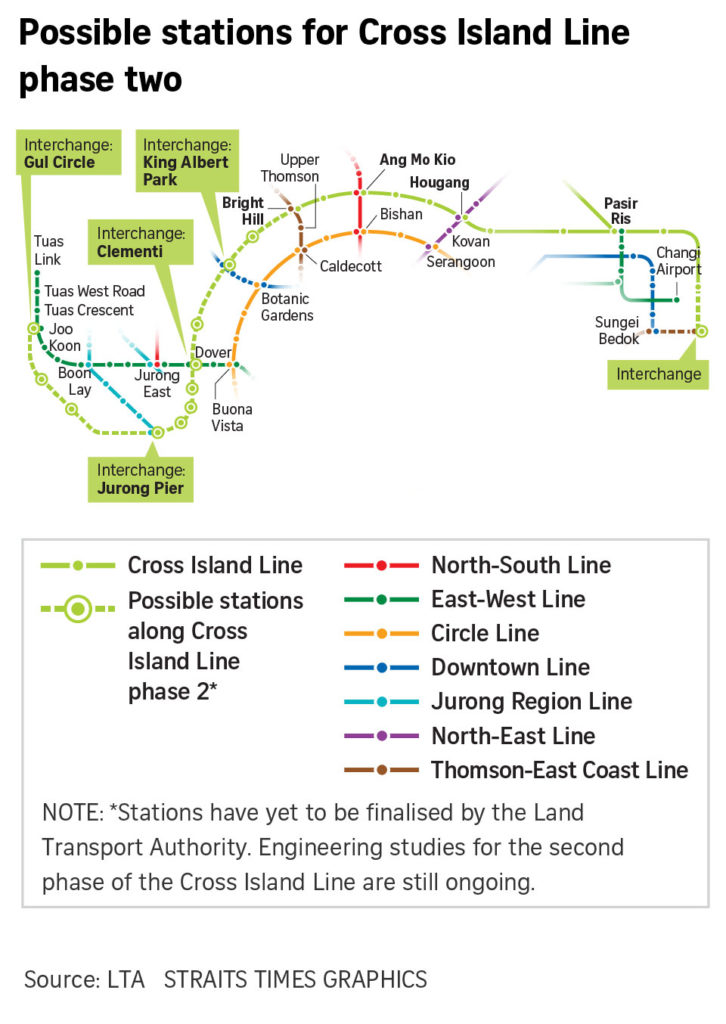 From an engineering standpoint, there is also a need to study how the soil around the proposed MRT line and stations will behave in order to ascertain what kind of engineering measures will be needed and how much it will cost.

Prof Ong said: “It is not so simple… We have to think about the development that will happen around the station, especially when we are talking about built-up areas.”

First announced eight years ago in the 2013 Land Transport Master Plan, the CRL will be Singapore’s eighth MRT line and it is expected to reduce crowding on the existing East-West and North-East lines.

Linking major hubs such as the future Jurong Lake District and Punggol Digital District, the whole CRL is expected to have a daily ridership of more than 600,000 in the initial years, and over one million in the longer term, LTA had said.

Spanning the length of Singapore, from Changi to Tuas, it will be the longest fully underground rail line here and have the highest number of interchange stations, with almost half of its stations expected to serve as interchanges with other lines.

One major issue that came up in the early planning stages of the CRL was whether a stretch between Bright Hill station and the line’s western leg would run directly under the Central Catchment Nature Reserve.

Nature groups concerned about the potential environmental impact had suggested that the stretch be built along Lornie Road, skirting the nature reserve.

But after a two-phase environmental impact assessment for both alignment options, the Ministry of Transport (MOT) decided in late 2019 that 2km of MRT tunnel will run directly underneath Singapore’s largest nature reserve at a depth of 70m – the deepest any MRT tunnel will go here.

With the direct route, the construction cost is expected to be about $2 billion lower.

MOT had said then that this direct alignment would also lead to lower fares and six minutes less commuting time compared with the skirting option.

Reference: The Straits Times, Next phases of Cross Island Line may have 11 stations