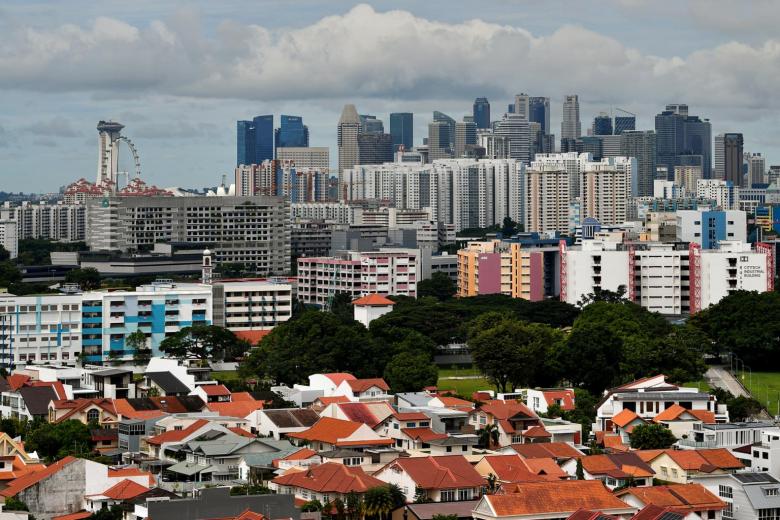 SINGAPORE – Singapore households have amassed a larger pile of debt than they had before Covid-19 struck, thanks to a buoyant property market.

Hence, households must carefully assess their ability to meet mortgage obligations and those with a heavy debt load should not take on more loans, the Monetary Authority of Singapore advised in its annual Financial Stability Review (FSR) released on Monday (Dec 6).

Singapore’s private property market is turning red hot, with new private home sales in the first 10 months of this year surpassing full-year sales in 2018, 2019 and last year, according to data from the Urban Redevelopment Authority.

Private home prices have climbed 8.7 per cent since the start of the pandemic in the first quarter of last year, outpacing the 5.3 per cent growth in Singapore’s gross domestic product (GDP) before adjusting for inflation.

As such, household debt as a percentage of GDP rose to 70 per cent in the third quarter of this year from 67.1 per cent a year ago. In absolute terms, household debt grew by 6.8 per cent over the past year.

The regulator said that while the economy is expected to grow through next year, the pandemic will continue to be a source of “considerable” uncertainty, and both borrowers and lenders must continue to be vigilant and prudent.

According to the Ministry of Trade and Industry, the economy is set to grow by about 7 per cent this year and 3 per cent to 5 per cent next year. That is after a 5.4 per cent contraction last year.

However, renewed global Covid-19 outbreaks could lead to movement curbs being reimposed which could disrupt economic activity anew and ultimately reduce the flow of credit, MAS said in its annual FSR report.

Moreover, consumer prices in some major economies such as the United States are already running at their fastest pace in decades. If in response the US Federal Reserve raises its benchmark interest rates, borrowing costs in Singapore will also go up.

“Households should exercise caution in taking on large new commitments, paying due regard to their ability to service long-term mortgage obligations, especially as interest rates are expected to gradually rise,” the FSR noted.

“Highly leveraged households should refrain from taking on more debt and try to build up financial buffers where possible, to cushion against stresses emanating from a weakening in macroeconomic conditions.”

The FSR is an annual assessment of the potential risks to Singapore’s financial system and its capacity to withstand potential shocks. It measures the risks by using a Financial Vulnerability Index (FVI) for the Republic’s banking, corporate and household sectors.

As measured by the FVI, Singapore households are more vulnerable to financial risks today than before the onset of Covid-19. Over the past year though, their level of vulnerability has remained broadly unchanged due to Singaporeans taking up less short-term debt such as credit card debt and personal loans.

The steady household FVI over this year indicates that, even as families lapped up housing loans offered at lower rates, Covid-19-related curbs held them back from racking up more charges on their credit cards, as they did not spend on things such as dining out and entertainment. 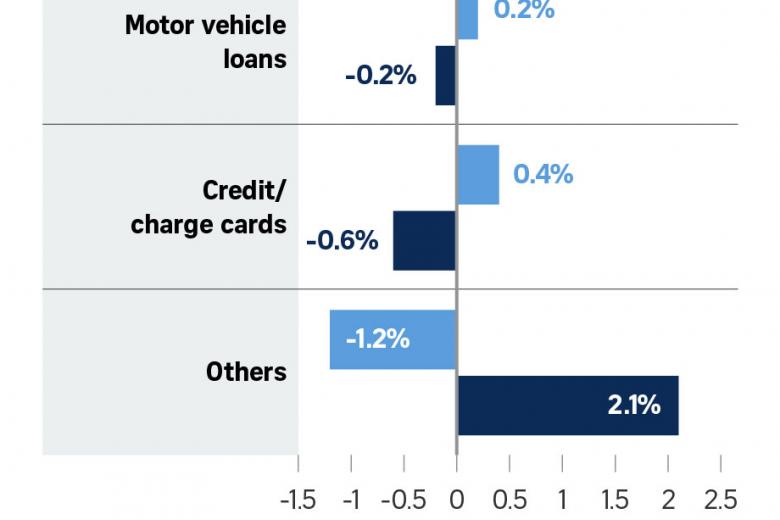