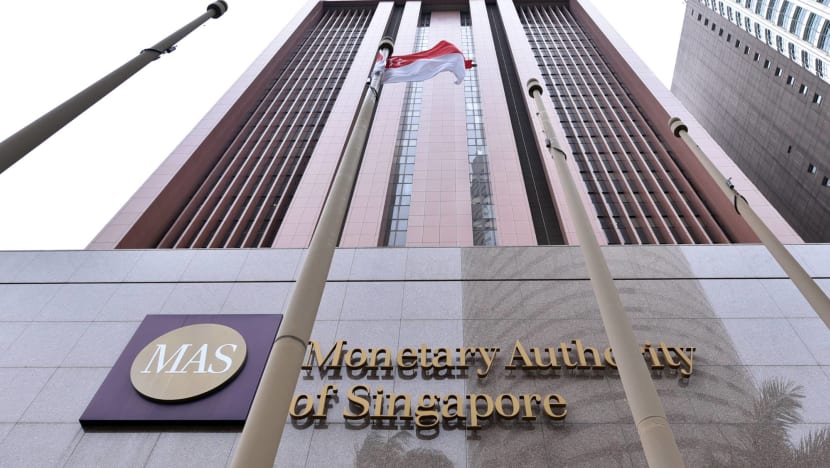 SINGAPORE: The Monetary Authority of Singapore (MAS) tightened monetary policy on Thursday (Apr 14), the third time in six months, as it aims to “slow the inflation momentum and help ensure medium-term price stability”.

In its half-yearly monetary policy statement, the Singapore central bank said it will re-centre the mid-point of its exchange rate policy band “at the prevailing level” of the Singdollar nominal effective exchange rate (S$NEER).

It will also “increase slightly” the rate of appreciation of the band to “exert a continuing dampening effect on inflation”. This marks the third consecutive steepening in the slope since October last year.

The width of the policy band was left unchanged.

Sixteen economists polled by Reuters expected the central bank to tighten its policy, although they were divided on how aggressive it will be and which of its settings will change as inflation emerges to be a key challenge this year.

Unlike most central banks that manage monetary policy through the interest rate, the MAS uses the exchange rate as its main policy tool. It lets the exchange rate float within an unspecified policy band, and changes the slope, width and centre of that band when it wants to adjust the pace of appreciation or depreciation of the Singapore dollar.

In addition, the MAS raised its forecast for core inflation, which strips out private road transport and accommodation costs, to rise between 2.5 and 3.5 per cent this year, up from the 2 to 3 per cent projection made in January.

Headline inflation is projected to average between 4.5 and 5.5 per cent, up from the earlier range of 2.5 and 3.5 per cent.

The central bank said fresh shocks to global commodity prices and supply chains brought about by both the war in Ukraine and the COVID-19 pandemic are adding to domestic cost pressures.

The latest surge in energy and agricultural commodity prices will raise domestic inflation for electricity and gas, fuel and non-cooked food over the year. In turn, these will feed into higher transportation and food services costs.

All of which will bring core inflation to “a significantly higher level than its historical average” through the year, said the MAS, adding that underlying inflationary pressures remain a risk over the medium term.

Meanwhile, headline inflation will rise more than core inflation this year, largely due to the step-up in private transport costs on the back of higher COE premiums and petrol prices.

Accommodation costs will also add to headline inflation, as the backlog of delayed residential projects will take time to complete and catch up with firm demand, it added.

On growth, the central bank said barring major dislocations to the global economy, the Singapore economy should grow at an above-trend pace for the second consecutive year in 2022.

“The output gap will turn slightly positive, with aggregate GDP having fully recovered from the pandemic-induced decline,” it added.

The MAS said its tighter monetary policy stance, which builds on the policy moves in October and January where it raised the slope of the band, will “slow the inflation momentum and help ensure medium-term price stability”.

“MAS will remain vigilant to developments in the external environment and their impact on the Singapore economy,” it said.

Separate data released on Thursday morning showed the Singapore economy expanded 3.4 per cent year on year in the first quarter of 2022, slowing from the 6.1 per cent growth in the preceding quarter.