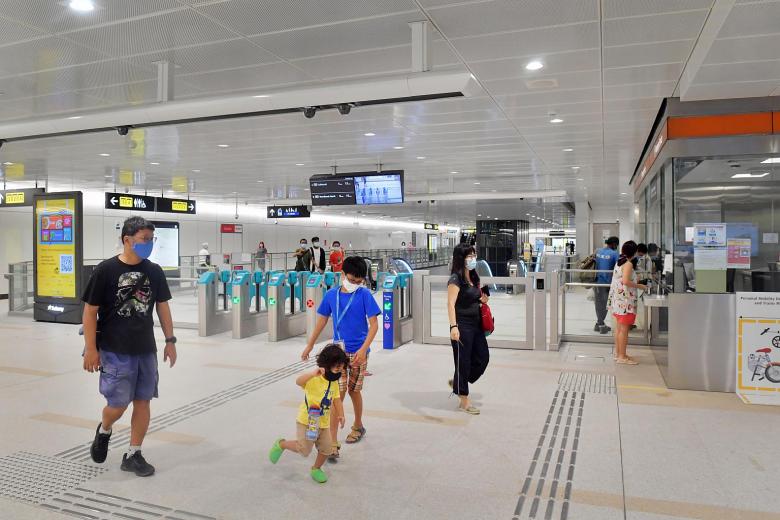 SINGAPORE – Another 11 Thomson-East Coast Line (TEL) MRT stations will begin operating in the second half of this year, running from Stevens through Orchard and Outram Park to Gardens by the Bay.

Transport Minister S. Iswaran gave this update on stage three of the TEL during the debate on his ministry’s spending plans on Wednesday (March 9), assuring MPs that the expansion of the MRT network is proceeding apace despite the disruptions wrought by Covid-19.

The new stations will give commuters access to areas such as Great World, Maxwell and Shenton Way.

They will connect residents in the north directly to many destinations in the city, significantly shortening travel times, Mr Iswaran said.

“When TEL is fully opened over the next few years, more than 240,000 households will be within a 10-minute walk from a TEL station,” he added.

TEL stage three has 13 stations, but the authorities have previously said that two of them – Mount Pleasant and Marina South – will open only later, with the completion of housing developments in the area.

The first two stages of the line, stretching from Woodlands North to Caldecott, were opened in the past two years. 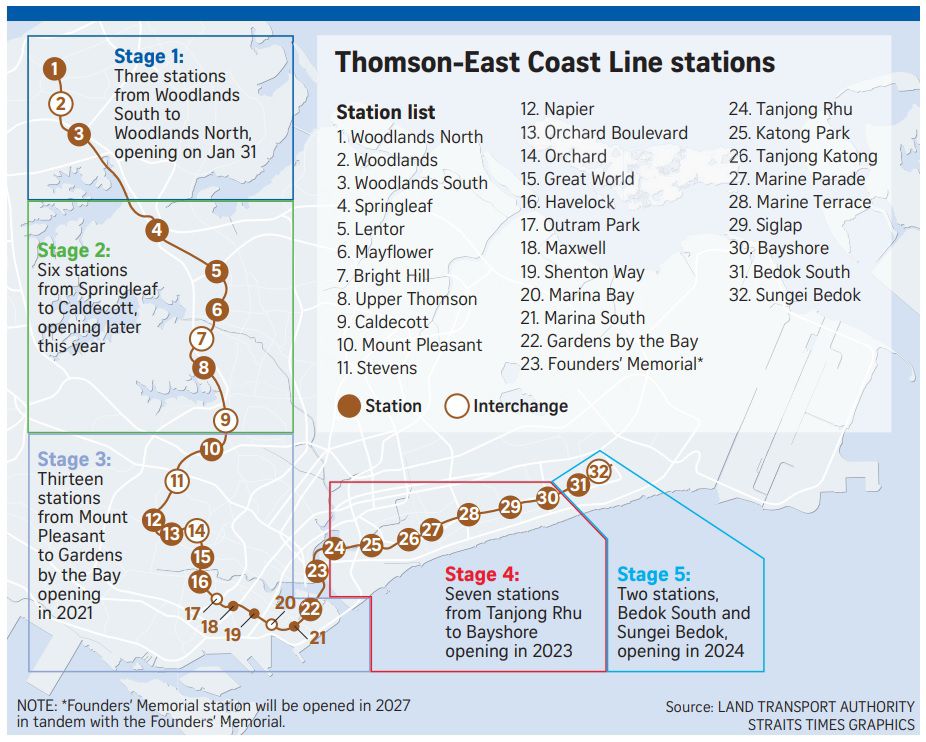 Responding to MPs who asked for updates on upcoming rail lines, Mr Iswaran also said the Jurong Region Line (JRL) will open in stages from 2027, and the Cross Island Line (CRL) from 2030.

The JRL connects towns like Chua Chu Kang, Tengah and Jurong to Nanyang Technological University and the Jurong Innovation District in north-western Singapore.

Mr Iswaran said the second stage of the CRL will extend west to run through areas such as Turf City, Sunset Way, West Coast and the Jurong Lake District.

The line also has a three-station extension from Elias in Pasir Ris to Punggol.

During the debate, Senior Parliamentary Secretary for Transport Baey Yam Keng also announced that passenger service centres at MRT stations of the TEL, JRL and CRL will be equipped with a hearing enhancement system that reduces background noise, so that transport staff can better communicate with those wearing hearing aids.

The Transport Ministry is also working with the Singapore Association for the Deaf to introduce a set of pictograms and text for common keywords so that commuters who are deaf or cannot hear well can communicate with public transport staff.

It will be rolled out to all MRT stations and bus interchanges by the end of the year, he said.

Mr Baey added that all JRL and CRL stations, as well as new bus interchanges, will have a baby care room.

The Land Transport Authority is also working with public transport operators to train staff so that all MRT stations and bus interchanges can become dementia go-to-points by the end of the year, where those who need help with dementia-related services can seek help and seniors who are lost can be safely returned to their caregivers.

On Tuesday, Mr Ang Wei Neng (West Coast GRC) had asked if the Transport Ministry could give discounts to encourage more off-peak travel so that MRT and LRT networks can be more fully utilised outside of peak hours.

Responding, Mr Iswaran said his ministry will continue to work with employers and study various options to smoothen peak demand.

Today, commuters who tap in at any MRT or LRT station before 7.45am on weekdays, excluding public holidays, already enjoy a discount of up to 50 cents.