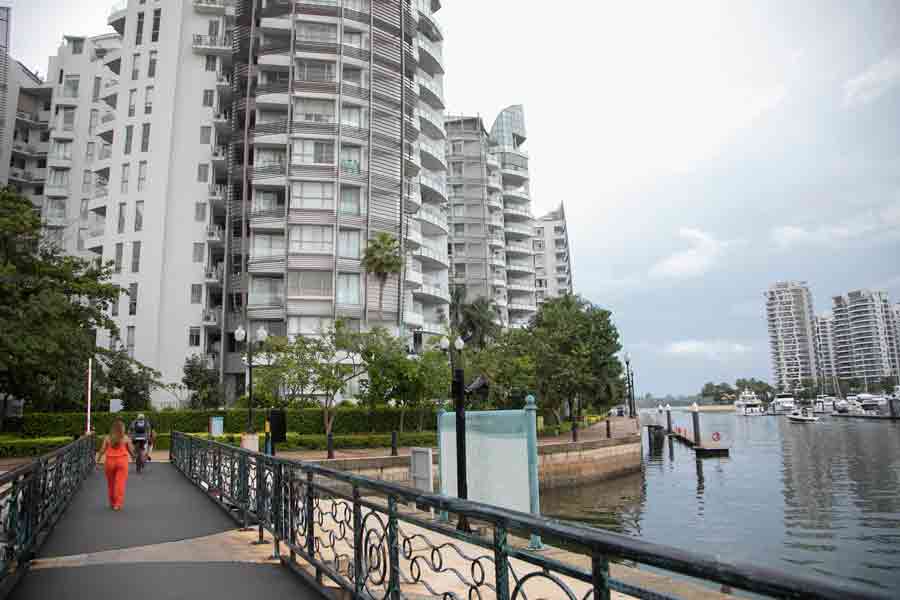 SINGAPORE — Singapore’s wealthiest will have to pay higher income taxes as well as higher taxes on their luxury properties and cars, Finance Minister Lawrence Wong said on Friday (Feb 18), as they are being called on to help build a fairer society.

In his Budget speech, Mr Wong noted that “there is room for greater progressivity, so that those who earn more, contribute more”.

Wealth taxes play an important part of the tax system, he added.

“Apart from generating revenue, they also help to recirculate a portion of the wealth stock into our economy, and in so doing, mitigate social inequalities.

Here is a summary of the changes to taxes on the wealthy:

With effect from the Year of Assessment 2024, the top marginal personal income tax will be raised.

Portion of chargeable income and the respective tax

Mr Wong said this increase is expected to affect the top 1.2 per cent of personal income taxpayers, and will raise S$170 million of additional tax revenue per year.

Property taxes, Singapore’s current principal means of taxing wealth, will be increased in two steps from 2023.

For owner-occupied residential properties, the property tax for the portion of annual value in excess of S$30,000 will be increased from the current range of between 4 and 16 per cent to between 6 and 32 per cent.

The Ministry of Finance said 93 per cent of owner-occupied property — such as all Housing and Development Board flats, most condominium apartments and low-value landed property — will not be affected.

For non-owner occupied residential properties, including investment properties, the current tax rates that range between 10 and 20 per cent will be increased to 12 and 36 per cent.

When fully implemented, Mr Wong said the changes will raise Singapore’s property tax revenue by about S$380 million per year.

A new tier for the additional registration fee (ARF) will be introduced for cars at a rate of 220 per cent for the portion of open market value in excess of S$80,000.

The following are the new ARF rates:

Mr Wong said the new rates will apply to all cars registered with certificate of entitlement (COE) obtained from the second COE bidding round this month.

The additional ARF, said Mr Wong, is expected to generate an additional S$50 million in revenue per year. 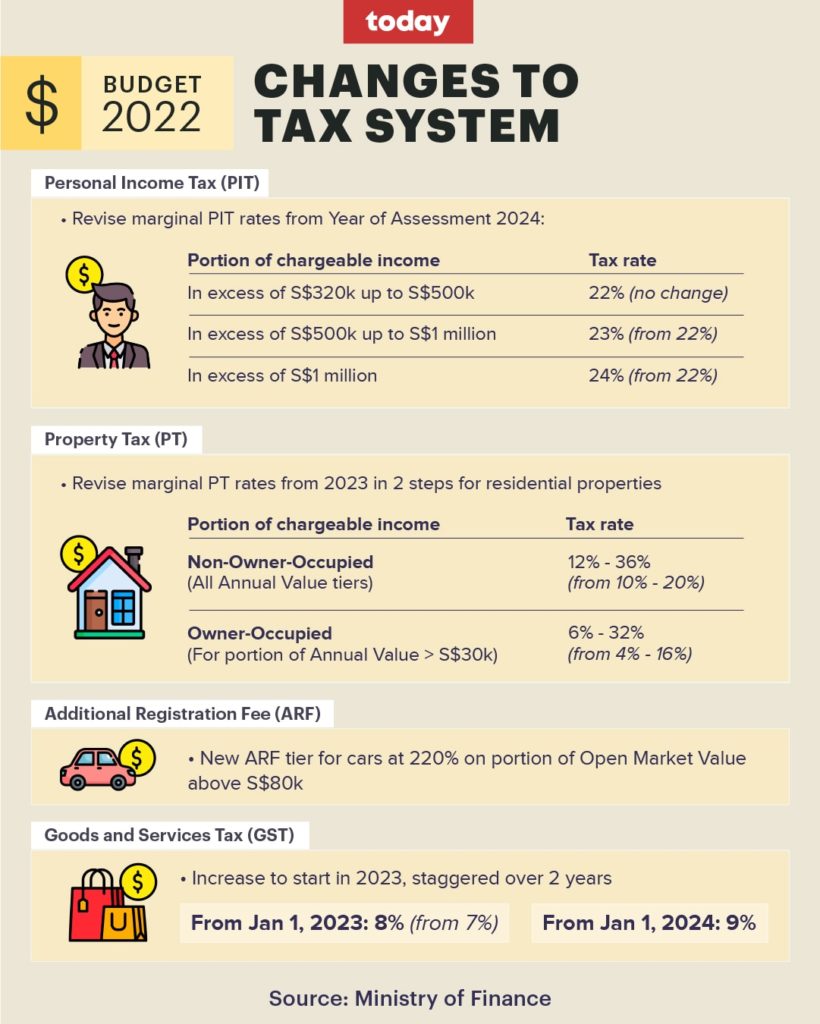