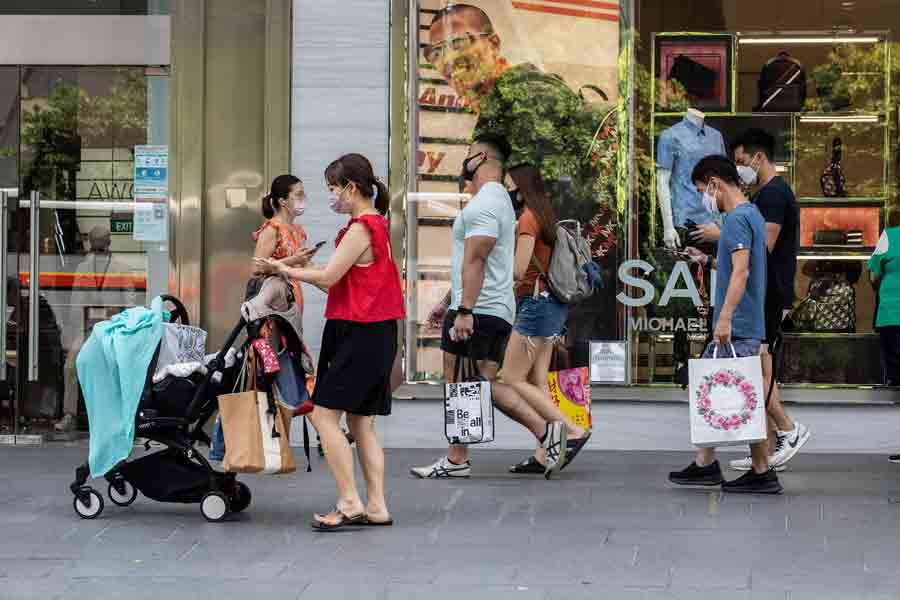 SINGAPORE —  The Goods and Services Tax (GST) will be increased progressively, rising to 8 per cent with effect from Jan 1, 2023, and going up again to 9 per cent in 2024, Finance Minister Lawrence Wong announced on Friday (Feb 18).

During his maiden Budget speech, Mr Wong said that the decision to stagger the increase was made in view of the prevailing overall situation, such as the ongoing Covid-19 pandemic and inflation outlook, while balancing them with pressing revenue needs.

He assured Singaporeans that the Government will be absorbing the increase for key expenditures to help the public cushion the impact of the hike.

Any increase in government fees and charges will be put off by a year from January 2023.

Steps will also be taken to mitigate possible profiteering by businesses during the roll-out of the GST increase.

The GST rate has been kept at 7 per cent since July 1, 2007. An increase in this rate from 7 to 9 per cent was first foreshadowed in 2018 during a Budget speech by then-Finance Minister Heng Swee Keat, who said that the increase would happen sometime between 2021 and 2025.

On Friday, Mr Wong said that a careful consideration of the overall situation was made with regard to the timing of the GST increase.

These factors included the ongoing pandemic, the state of Singapore’s economy and the outlook for inflation.

“Our revenue needs are pressing, but I also understand the concerns that Singaporeans have about the GST increase taking place at the same time as rising prices,” Mr Wong added.

“I have therefore decided to delay the GST increase to 2023 and stagger the increase over two steps.

He emphasised that lower-income groups will be supported during this hike.

To this end, he announced that the Government will continue to absorb GST on subsidised public healthcare and education.

The Government will also foot additional GST payable on Service and Conservancy Charges (S&CC) through an extra funding of S$15 million channelled to the town councils, which manage the day-to-day operations in public housing estates and commercial property within the towns.

Mr Wong also announced that government fees and charges will not be increased for one year from Jan 1, 2023.

“This will apply to licence fees, as well as fees charged by government agencies for the provision of services,” he elaborated.

Mr Wong also announced that a Committee Against Profiteering, chaired by Ms Low Yen Ling, Minister of State for Trade and Industry, will be set up to address potential concerns over businesses that may use GST as an excuse to raise prices.

“I want to assure all Singaporeans that we will continue to implement the GST in our unique Singaporean way, with features and schemes that support the less-well off,” he said. 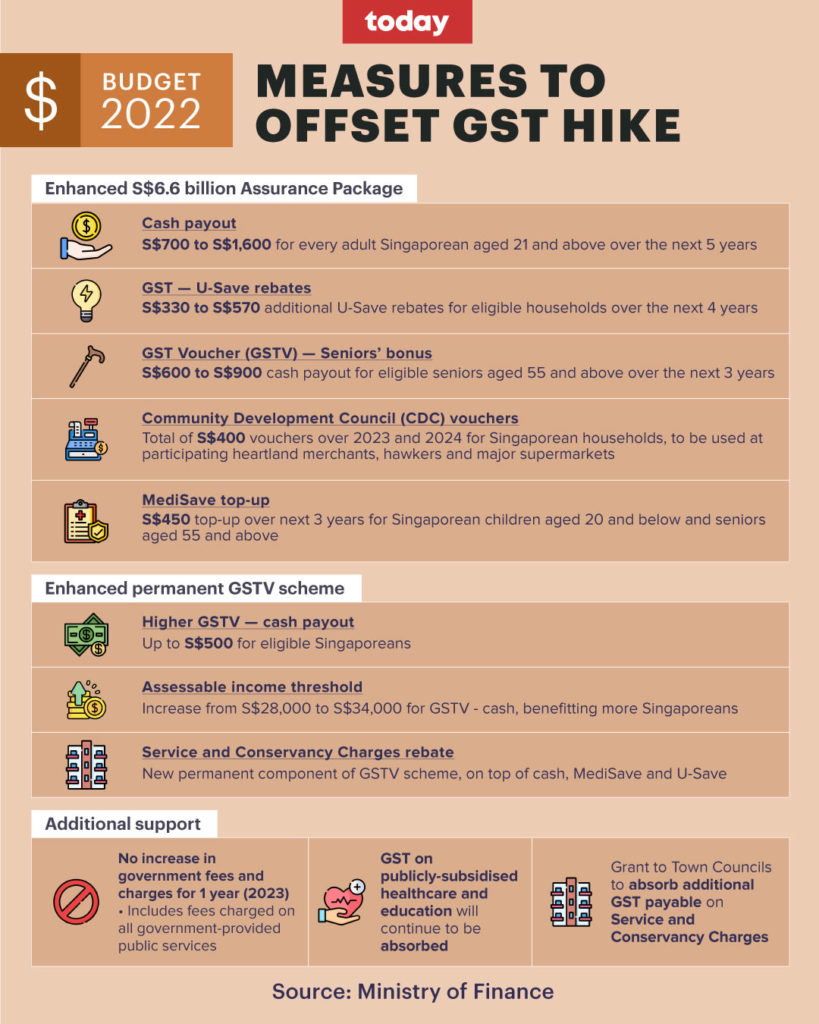