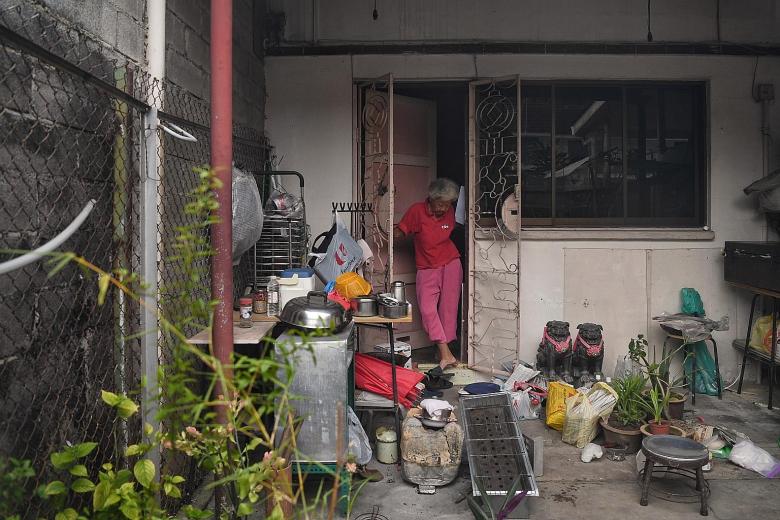 In a first for residential properties in Singapore, 191 two-storey terraced houses in Geylang Lorong 3 that are set to be returned to the state upon their lease expiry will be demolished to make way for future public housing.

Demolition works are expected to start in the third quarter of next year and will be completed by the first quarter of 2023, according to tender documents seen by The Straits Times.

The 37 families still living there are expected to hand back their homes to the Singapore Land Authority (SLA) by the end of this year with no compensation.

These houses were sold to residents in 1960 on a 60-year lease which will expire on Dec 31.

“As a general policy, leasehold land will return to the state upon lease expiry to allow the land to be rejuvenated to meet the changing social and economic needs of Singaporeans,” said SLA, in response to queries from The Straits Times.

When asked about the future public housing plans, the Housing Board said it was unable to provide more details.

Of the 37 families still there, 30 have found alternative housing.

The other seven are “considering renting another property in the interim”, said SLA. “SLA will continue to provide assistance to the owner-occupants with their transition to their new homes,” it said.

Five units have been voluntarily returned to the state by families who have already moved out.

The remaining 149 units are mainly rented out to foreign workers or for religious activities.

SLA said it worked with the Ministry of Manpower to contact the employers of the foreign work pass holders to make relocation arrangements for workers who live there.

In June 2017, SLA announced that the 2ha plot of land would be returned to the state with no extensions. These homes were built by the Government for people displaced from attap houses in the nearby Kampung Kuchai that had been destroyed in a big fire in the 1950s.

Retired seamstress Yeo Ai, 79, said her parents paid about $4,850 for their unit, which they bought first-hand from the Government.

This is the first time a residential plot of land in independent Singapore has reached the end of its lease. The 70-year leasehold private houses in Jalan Chempaka Kuning and Jalan Chempaka Puteh, near Tanah Merah MRT station, are the next in line to reach expiry, in 2034. There are at least two other private residential areas – Fuyong estate in Upper Bukit Timah and homes in Rifle Range Road – with less than 40 years left on the lease.

Several long-time residents in Geylang Lorong 3 expressed sadness at having to move, but most said they had expected this day.

Retired seamstress Koh Peck Choon, 76, who inherited her unit from her parents and has lived there from the time the house was built, said she has grown accustomed to the place but is ready to move out as “the time is up”. 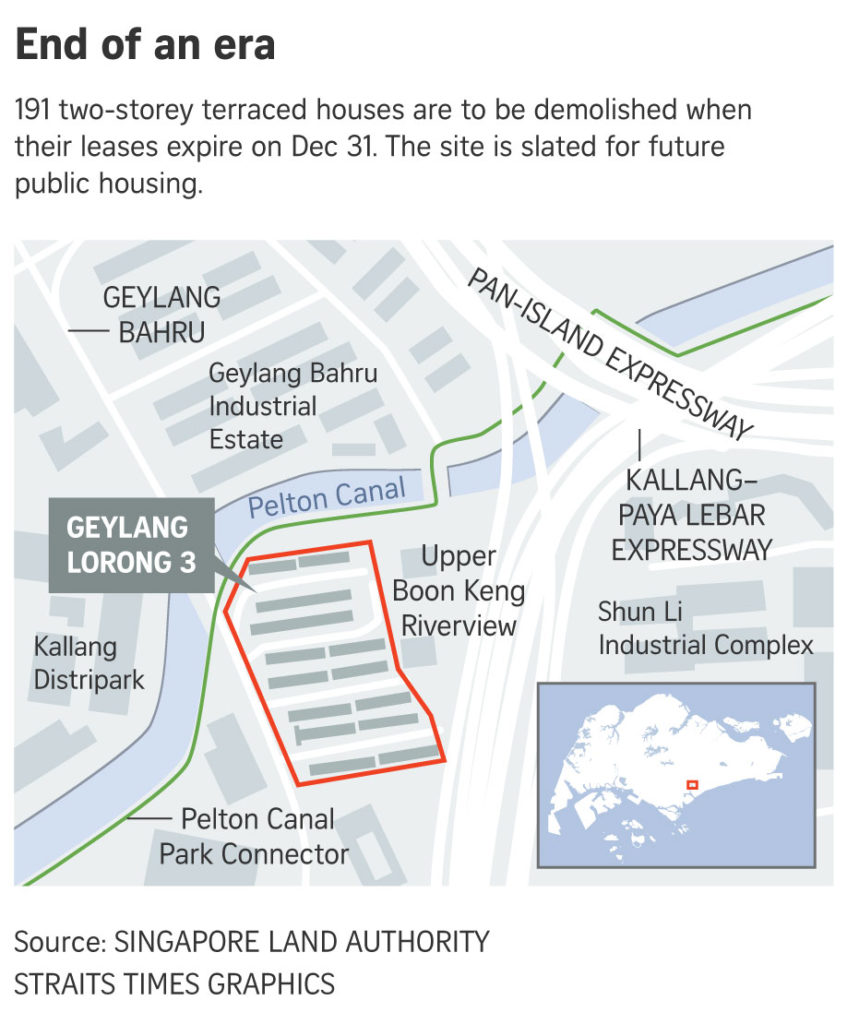 The estate is not as lively as it was in its golden years as many neighbours have left, she said.

Her fondest memory was of the lighting of fire crackers during Chinese New Year in the 1970s.

Madam Koh, who never married, will be moving to a one-room rental flat in Whampoa within weeks. Under HDB’s public rental scheme, the monthly rent for a one-room flat for first-time applicants who earn below $800 is between $26 and $33.

“It’s a little sayang (pity) to leave because I won’t be able to grow flowers outside my house any more, but there’s no choice. The lease is up and I know we all have to move out eventually,” she said.

Her only worry is taking the lift to her seventh-floor flat as she has lived on the ground level all her life.

For Mr Sam Guam, 64, moving out of his unit will mean saying goodbye to the 12 chickens he has been rearing for the past three to four years. During the day, the chickens roam freely in the grass patch behind his home and go back to their coops, just outside the back door of his unit in the evening. He will soon have to give them away to farms and nearby schools as he is not able to take them to his rental HDB flat.

But Mr Guam, who used to work as a camera assistant, is taking the move in his stride. “In a way, I’m fortunate to be able to live here. Not many Singaporeans can live in a landed property like this. It’s nice and cheap, but the downside is that it doesn’t last you a lifetime.”