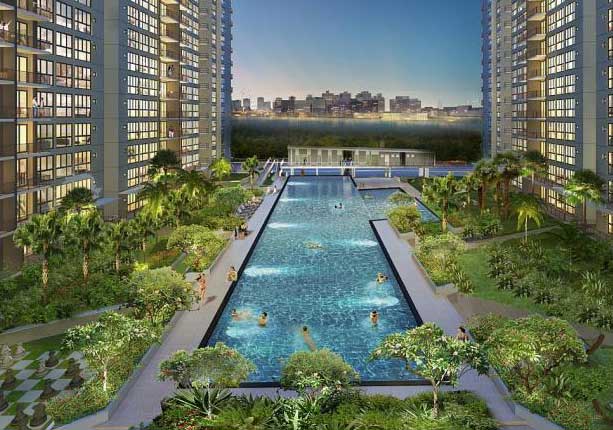 There are no plans to scrap a rule requiring developers of executive condominiums (ECs) to wait 15 months before putting the units on sale as this measure remains relevant, the Ministry of National Development has said.

Industry players argue that the policy has not had any discernible impact on taming bids for EC land. They have called for the measure to be rolled back, as subsequent moves such as stricter lending rules have been more successful in cooling the market.

But in response to queries from The Straits Times, the ministry reiterated: “The 15-month waiting period, a measure to delay new sales of EC units, is intended to encourage developers to bid more prudently for EC sites.”

The objective of ECs is to provide opportunities for middle-income Singaporeans to buy “affordably priced” condos, it said.

“There continues to be a healthy demand for new EC units, which will be met as projects are launched in the coming months.”

The waiting period, introduced in January last year, stipulates that developers can put an EC up for sale 15 months after buying the land or completing foundation works, whichever is earlier.

But Mr Nicholas Mak, research head at SLP International, said the resulting hiatus in EC launches did not have an immediate impact on bidding by developers.

In fact, bid prices escalated by 11.8 per cent in the six months after the measure was introduced.

It was only after the introduction of more cooling measures, such as a rule that curbed loans at no more than 30 per cent of an EC buyer’s gross monthly income, that bids eventually cooled in the second half of last year, he said.

Unlike earlier measures aimed at buyers, the 15-month waiting period is targeted at developers as well as the supply of units.

Developers have expressed uncertainty at bidding for sites so far ahead of the property’s launch. Market conditions could change drastically during the waiting period, they said.

Also, other changes to the rules governing the sale of ECs last December have made it much harder to make a profit.

One reason is the reduction of the cancellation fee for buyers who back out of sales agreements, from 20 per cent to 5 per cent of the unit’s price, said Mr Vincent Ong, co-founder of Evia Real Estate. This crimps their profit margins, which have already been hit by a moribund property market.

“I think the risk profile of EC developers has risen tremendously over the last two years,” he said. “Would I participate in this segment with these so-called discouraging factors? Unlikely… I’d rather spend time in the private market where they don’t have all these restrictions.”

But fresh signs have emerged to indicate that the policy could finally be showing its teeth.

Just two offers were submitted in the latest tender for a 2.8ha EC parcel in Sembawang Road on Tuesday. The top bid of $229.38 million lodged by Qingjian Realty easily topped the joint offer of $208.5 million from City Developments and TID Residential.

Mr Ong Teck Hui, national director of research and consultancy at JLL, said the situation in the EC market is the result of a difference in developers’ reading of the market outlook. “With a less crowded playing field, the more confident players will see the possibility of securing sites at lower bids in absence of strong competition.”

The next EC tender, for a site in Anchorvale Crescent, might give a clearer idea if Tuesday’s results were just an anomaly or if the rule is starting to work, experts said.